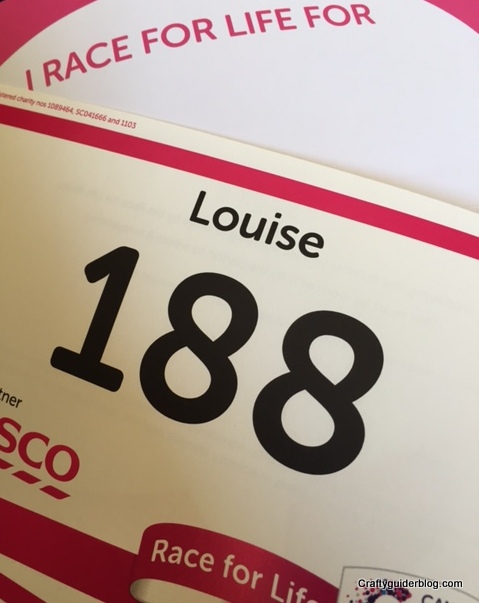 For my last day of #VolunteersWeek, I stepped outside Guiding and WI to participate in Cancer Research UK’s Race For Life in Welwyn.   Like most people, cancer has affected friends and family in my life, so it’s a charity I am happy to support. 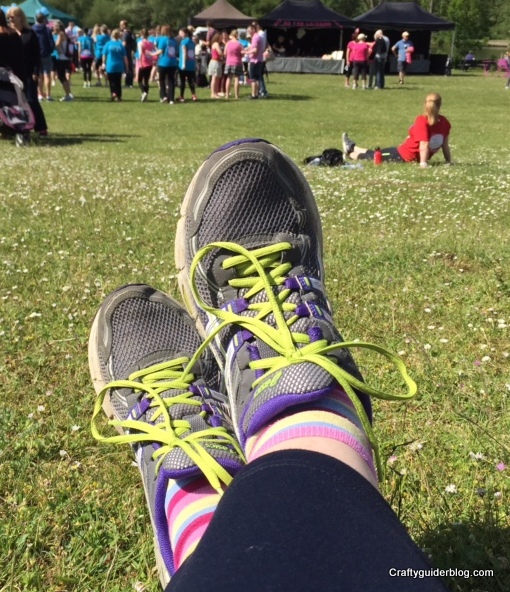 I am not a runner.   I own one pair of trainers but hate running.   I feel self conscious whenever I go running so normally end up cross country which is hard on my poor aching body, especially my dodgy back.   I was planning to do the Couch to 5K programme, but just couldn’t get the weather and my health to align.   I did make sure I upped my activity rate and did extra walking though, and gave myself an extra incentive by including it as an activity for the ‘Myself’ clause of my Trefoil Guild Voyage award (Duke of Edinburgh style award for Trefoil Guild members).

Look at all these inspiring women!   A true pink army, raising funds for a great cause.

I tweeted as I power walked round and plugged myself into the music selection.   Unfortunately, most of the music was Christmas music so it was a strange experience listening to I Wish It Could Be Christmas Every Day on a really warm and sunny day!   I did get a retweet from Santa though! 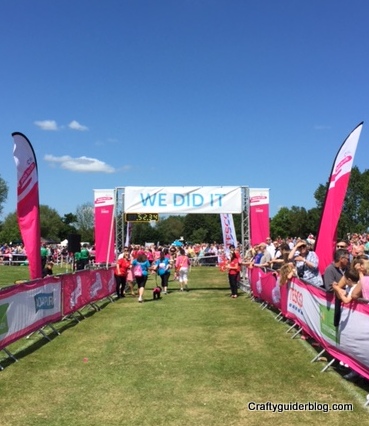 Because I was having a great time going round, the finish came sooner than I thought and I earned my medal. 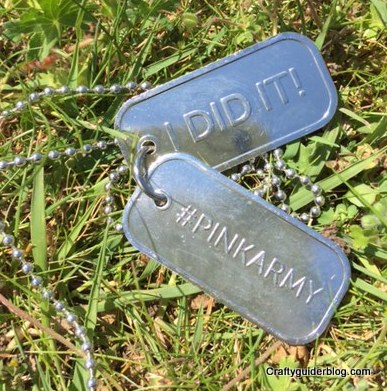 I wasn’t as keen on the freebie milk drink and brioche though, but as they had to close the road, I was stuck for an hour after I finished before I could head home for lunch. 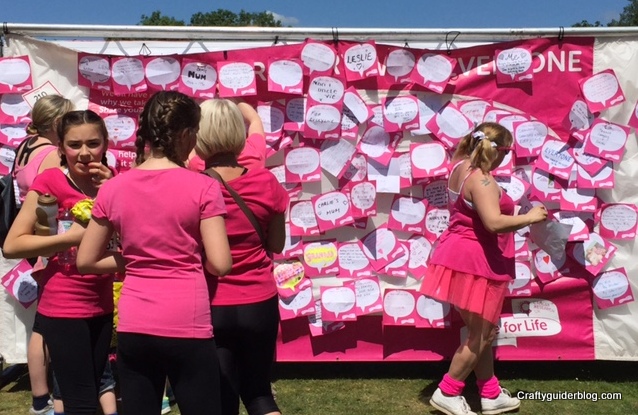 And this is why we did it.   On the way out, people were pinning their “I race for life for…” messages on this banner.   Going round, it was poignant seeing these pinned to people’s backs listing their loved ones lost or those who were still battling or who survived the struggle.   For some of the time on the way round I was following a mother and her young daughter.   Mum’s message said she was winning but not out of the woods yet.   Her daughter’s message just said she was was racing for life for her mum.   I just hope that neither of my kids ever have to put my name on their backs.

Even though I’ve finished, you can still donate on my Justgiving Page.   Show cancer that hell hath no fury like a woman in pink!