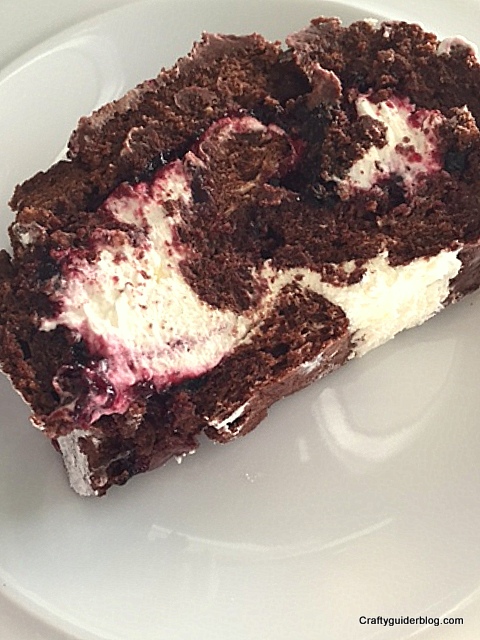 The Great British Bake Off is back!   Episode one is over, the first star baker has been crowned, the innuendos have come thick and fast, The Berry has had her alcoholic fix, a new mudslide cake has been invented and the twelve are down to eleven.

I thought I’d try and do a mini bake-along to see if I could try some new things and step out of my baking comfort zone.   Having had the stress of a baking competition myself but the great experience of adding to my repertoire, I looked up the three bakes from this episode to choose something to attempt myself.

It was Mr CG’s birthday this week and he mentioned that he liked Black Forest gateau.   My favourite gluten free Cake Angels book had a Black Forest roulade recipe so it was a done deal.

The cake is baked in a swiss roll tin and doesn’t contain any flour.   The ingredients list looks like it would make a sweet, chocolate omelette, but the resulting sponge turned out well.   I dutifully followed the instructions and left it overnight covered in baking paper and a damp tea towel. 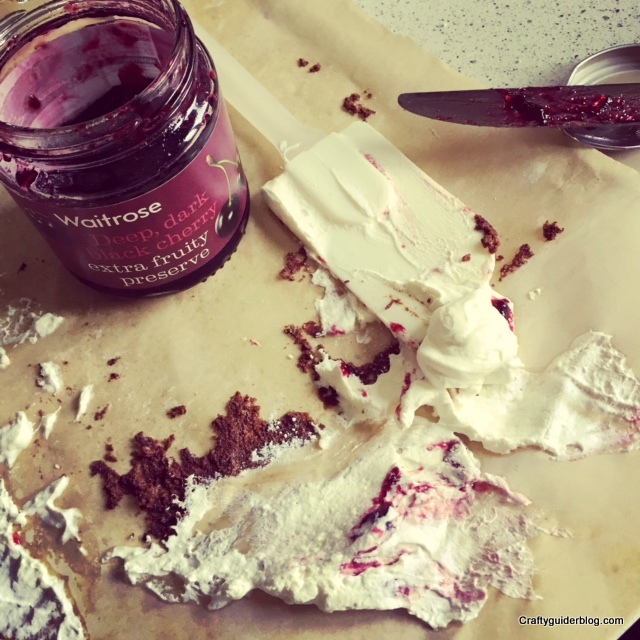 Once constructed the next day, it needs to be left rolled and wrapped up in the fridge for at least a couple of hours.   Cue the Craftyguidelets to lick the spoons, scrape sponge off the paper and generally hoover up everything they can. 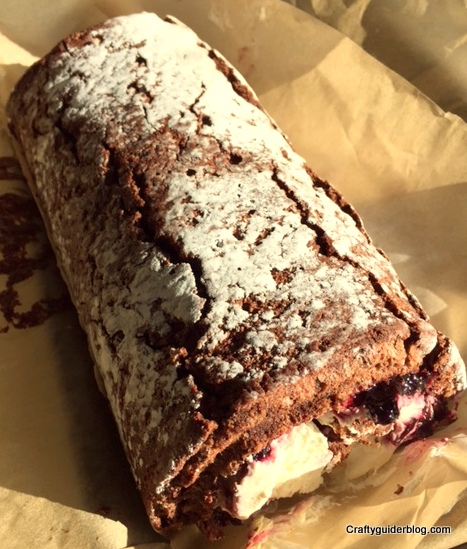 And this was the final result.   I didn’t use kirsch as it was going to be eaten by the Craftyguidelets, but it still tasted delicious.   We eat dairy so I used whipped double cream rather than the dairy-free equivalent in the book.   It was even nicer the following day when we finished it off.

Next week is biscuit week.   I’m not a fan of biscotti and I’m not sure I could do a gluten free arlette.   A biscuit box with 36 biscuits inside seems a bit of an excess for a family of four so I might scale that down and attempt my first ever gluten free biscuits.

Have you been inspired to bake something?