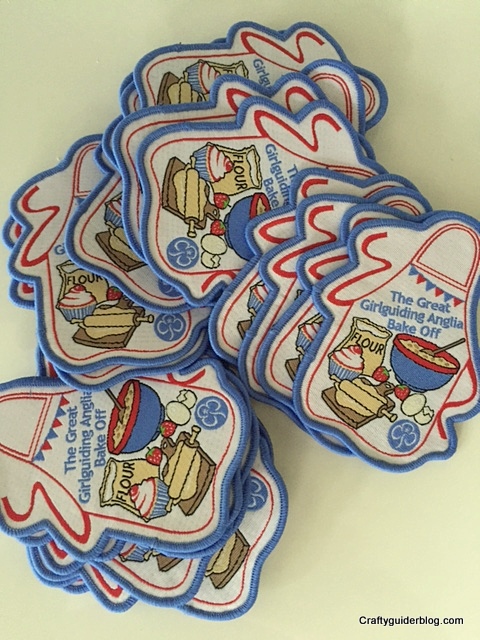 I am a fan of the Great British Bake Off.   I love baking and come from a long line of bakers.   When I heard that Girlguiding Anglia, the Guiding Region I belong to, was doing a Bake Off badge, I knew I had to look into it.

As well as the badge, Girlguiding Anglia is running a baking competition for Guides (aged 10-14), Senior Section (Rangers and Young Leaders aged 14-25), and adult leaders (aged 18+).   The idea was to have units find their own star bakers, send them up to the next level to find their local area (District) champion, and then to their wider area (Division), County and finally the Anglia Region final. 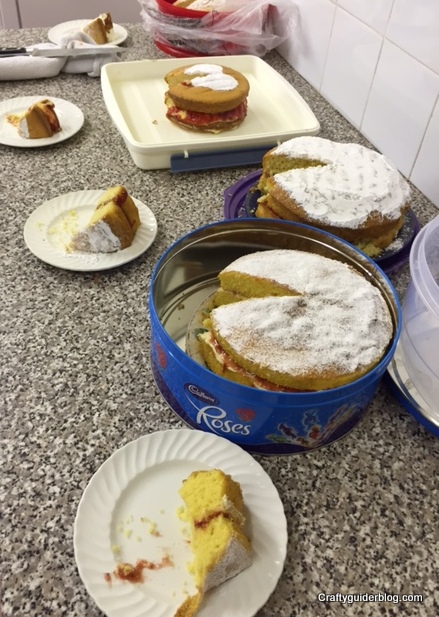 Our unit competition resulted in 4 cakes coming in from the Guides.   They were asked to bake a Victoria sponge at home, and the leader team had the task of tasting them.   Sometimes, being a leader is tough.   We selected 2 Guides to go through to the next round.

For the District round, I was asked to help organise a bake sale to run alongside the bake off to raise money for local Guiding.   Our local tea room hosted us one evening and all the Guides, Senior Section members and adults were invited to bake something to sell to parents and friends.

The Guide winners from the two local units had their Victoria sponges judged by 2 members of the WI, the owner of the tea room and Henry the Mercury Newshound from the local paper (the reason why there is a 6ft dog in the background of the photo!).   Senior Section and leaders were also invited to enter scones for the Senior Section and a ‘light fruit cake’ for the leaders.   I did my duty and several fruit cakes later in a quest to find a qualifying recipe, produced probably the worst thing I have baked in a while for the competition.   As the only adult entrant, I progressed to the next round. 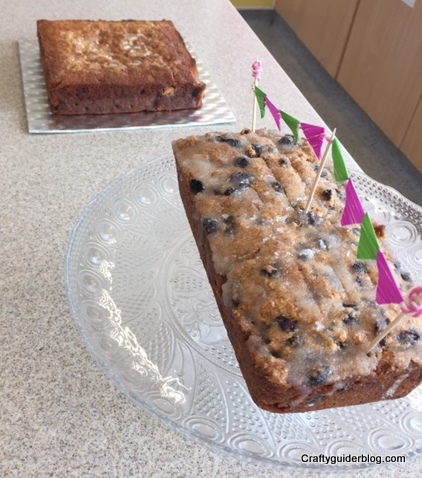 At the Division bake off round, I was up against 2 other leaders to try and make amends for my earlier failure.   One of the leaders was unable to finish, so my new recipe cake was up against this lovely, bunting festooned fruit loaf. 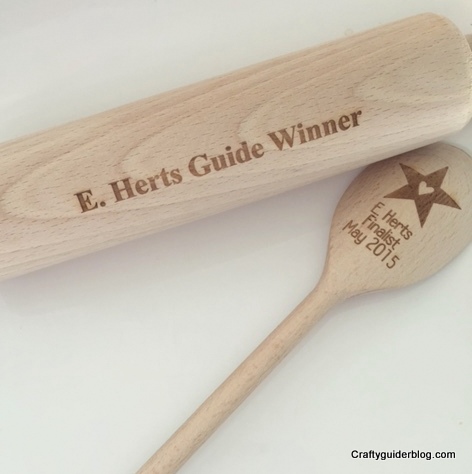 Somehow I managed to win by 1 point and fruit cake number 8 (yes, I took this competition seriously!) got me to the County semi finals. 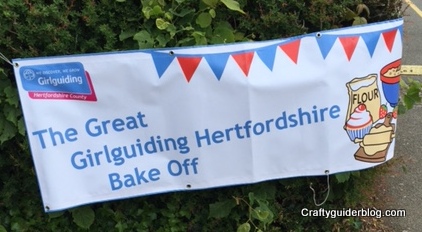 At the Hertfordshire County semi finals, I needed to bake Religieuses.   For those who are up on their Great British Bake Off trivia, they were Mary Berry’s technical challenge in pastry week of series 4.   Do you remember the ugly nuns?

I practised a couple of times as choux pastry is something I’ve only ever baked once before.   I asked for hints and tips and managed to get my little practice choux buns to rise into something resembling the cakes they make on the Bake Off (yes, I did watch the episode on YouTube!). 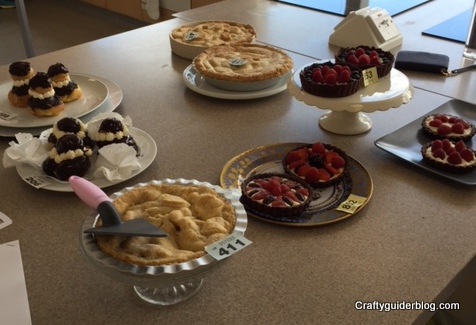 When the County team gave out comments after judging and included the word ‘dainty’, I knew I hadn’t won.   My effort to get a choux bun to rise as much as possible worked against me, and I think they were a bit soft once filled.   I also had a few nuns who were a bit wayward so choosing my best ones for judging was tricky. 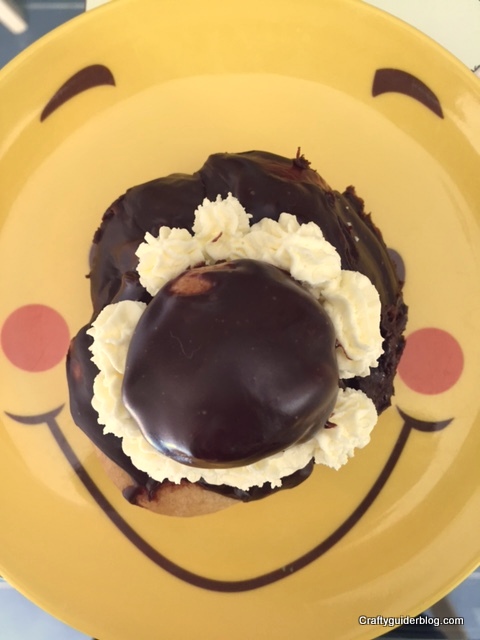 I took the remaining cakes home with me to be enjoyed by the gluten eating side of the family.   This cake was my lunch and I really enjoyed it.   The Craftyguidelets have said lovely things about my cakes, and they are the only judges I want to impress (well, apart from my Master Baker dad who I have impressed about 4 times in my lifetime with my bakes).

I will now go back to baking for fun and baking lots of gluten free cakes so husband can share in the calorie intake.

The Bake Off is only one of the many varied activities open to girls, young women and adults in Guiding.   Come and get involved in the largest youth organisation for girls in the UK today during Volunteer’s week.