Because you said yes…

A young girl will feel the pride of being someone special as she carefully puts on her uniform for the very first time.

A girl can move to a new town and have “instant friendships” with girls she might never have met.

Parents will experience that special pride when they listen to their daughter say the Guide Promise for the first time.

Bright eyes will become a little brighter with excitement as the kindling finally catches on the first camp fire.

Nervous giggles will emit from tents as girls try to fall asleep their first night of camp.

The community, and yes, the world will be richer because a girl has learned the importance of caring for her environment and the warm feeling that comes from giving service to someone less fortunate than herself.

A parent will find a Promise Badge carefully tucked away in a drawer as their daughter packs to leave home for her first adventures as a young adult.

A young woman will contact the Guides one day and say, “I had so much fun when I was a Guide, I’d like to try being a Leader.”

…and the circle will continue – because you said yes! 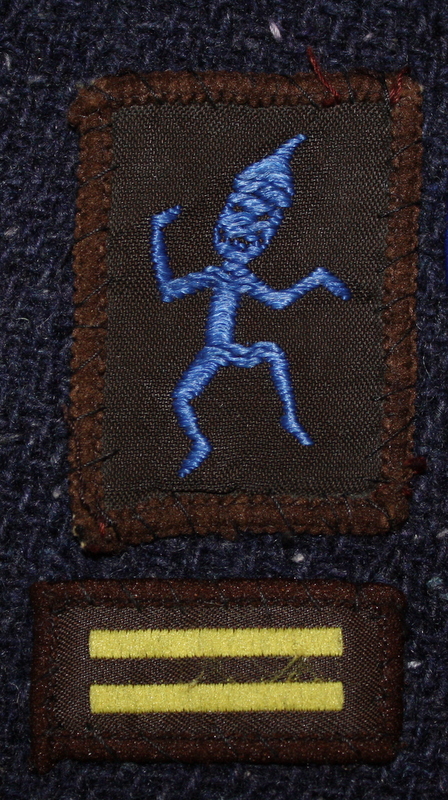 When I was about 8 or 9, I moved from Highgate to Enfield, changed school and just started to make friends.   I used to play outside with my siblings, and my sister and I were spotted by one of the neighbours.  Mrs Cockaday lived a few doors down and was just about to open a new Brownie and Guide unit.   My mum was happy for us to make new friends and try something new so we were amongst the first batch of girls to join.   Because of my age, I was only a Brownie for about a year and gained my Agility and Road badges.   I then flew up to Guides and my Guidey swottiness began.

I loved being a Guide.   I went to all the camps, got all the collective badge emblems, over 50 interest badges, my service flash, patrol pennants, patrol purpose patches, Queens Guide award, Baden Powell Trefoil award – and then I was old enough to be a Ranger Guide.   Captain retired and I moved on.

I joined Rangers with a friend.   We went to a Youth Hostel, painted the hut, did our swimming trial for kayaking, and I made plans to do the new Queens Guide award.   But then it all went wrong.   The Venture Scouts were going to close, probably due to lack of leaders or members, so the Rangers were going to convert to Venture Scouts to combine the two units.   This would have been OK if the boys in the Venture Unit hadn’t have been my little brother’s mates.   No way was I giving up my evening to spend time with boys, especially them.   Unfortunately I hadn’t been told about becoming a Young Leader so I left Guiding.

A few years later, after I’d been to University (oblivious to SSAGO too as I commuted in 2 hours each way every day so couldn’t be in any of the clubs), I spotted an article in the local paper.   “Guide unit to close unless they find a new leader” sort of thing.   Much to the surprise of the District Commissioner, I answered the ad saying I’d help.   I ended up becoming leader, much to my surprise as I imagined Guide leaders all being older women. 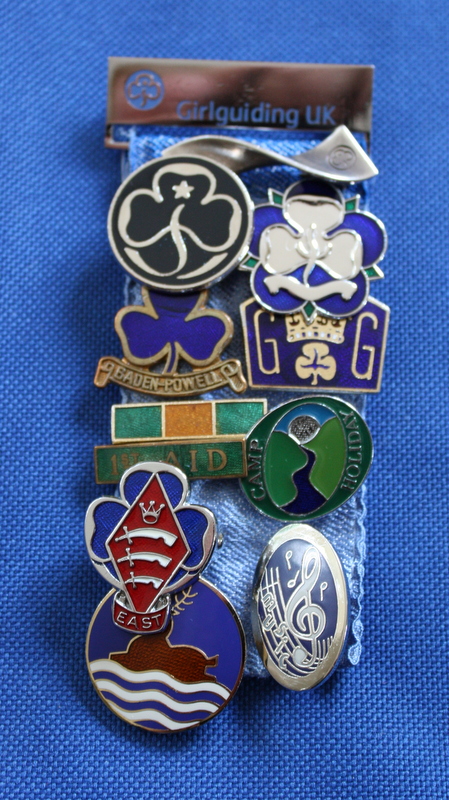 I’ve done most of the volunteer jobs in Guiding – leader of Rainbows, Brownies, Guides, Rangers, Young Leaders, District and Division Commissioner, I hold my camp, holiday, first aid and music licences, I can still tie my knots and I can light a fire using just one Cub Scout and some kindling.   Almost 19 years later and I am still here.   I tell people I had two daughters so they can take over my unit when I’m too doddery to carry on.   My blood is Guiding blue.

But the most important thing is that I’ve been part of the lives of hundreds of girls and young women because Mrs Cockaday, my Guide Captain, said yes.

If you want to say yes, just click here to find out more.   You don’t have to have been a Guidey swot, women who were “kicked out of the Brownies” as a child can still apply, men can help out in various ways.   Even if you have never been in Guiding at all, you can be trained up.   It looks great on a CV and a UCAS form, and as I sit here blurry eyed thinking of all those circles I’ve been part of, there are girls all over the UK who won’t get the chance to join in due to lack of leaders.

Unless you say yes.

2 thoughts on “Because you said yes…”