Millions of people volunteer in some way in the UK, and CSV is celebrating it’s 50th anniversary by applauding volunteers and encouraging the next generation of volunteers to come through.

The volunteer champions campaign is encouraging people to tell everyone about their volunteering, and as someone who rarely says no when someone needs help, I’ve got a lot to say!

My main volunteering commitment is GirlguidingUK.   I enjoyed being a Guide so much, however when I joined Rangers afterwards, they eventually decided to merge with the Scouts and become a Venture Scouts unit.   I didn’t really want to spend my Fridays hanging out with my little brother’s mates so I left.   I had no idea that there were opportunities to become a Young Leader (14-18 year old volunteer) with a unit and then train to be an adult leader.

As I lived a 2 hour commute away from University, I didn’t get involved with student life much (I only went to the union bar twice in 4 years!) and missed out on the Student Scout and Guide Organisation (SSAGO).   However, after Uni, I saw a small article in the local paper asking for helpers for a unit that would close without them.   I phoned the number and volunteered to help.   I was then put in charge of a unit with 6 girls in it and built it up until it was full (which would be repeated 16 years later in my current unit).   I have now been a leader for over 18 years, helped in all sections from Rainbows to Brownies to Guides to Senior Section (Rangers and Young Leaders), as well as being a District and Division Commissioner (area leader), Adviser, Mentor, and gained so much experience, and most importantly gained many dear friends.

Currently I have 6 girls on my waiting list who are already 10 who can’t have a place, plus more who will be old enough later this year.   The Rainbow unit I help with is in the same situation.   We need new units to open to take the extra potential Rainbows, Brownies and Guides.   Full training is given, and you will be supported by existing unit leaders. 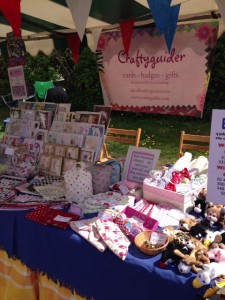 My website www.craftyguider.com is solely to raise money for my Guide unit.   I make cards, badges and gifts and all the profit goes to Guiding.   It is enjoyable to craft and try new things before selling them on for a good cause.

Now I’m a mum, I volunteer at my daughters’ school.   I help run the school craft club with other volunteer mums, I’m a standby on the walking bus (I got soaked this morning in my high vis!), I was a parent helper in the school until my back gave up, and I recently baked cakes for their fundraising stall at May Day. 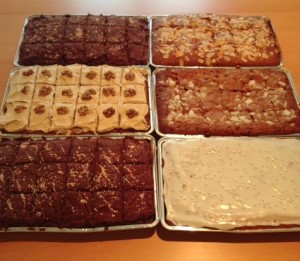 I then decided that after looking after 40 craft club members, 30 Guides, 20 Rainbows (plus my own two Craftyguidelets and husband!), I wanted to do something for me, so I contacted the Hertfordshire Federation Women’s Institute to see if there were any local “next generation” WI’s near me that I could join.   They suggested I start up one myself, so with some friends from Twitter, we started Puckeridge WI. I turned down the chance to put my name forward for President (see, I can say no!), but I still volunteered to be on the committee and became Vice President and Assistant Treasurer.

Volunteering is a huge part of my life, and at times it drives me to despair with admin, teenage hormones, lack of support and temperamental websites, but it is also fulfilling, rewarding and enjoyable.

There are so many opportunities to volunteer to suit you.   Whether you can give an hour, five minutes or the equivalent of a full time job to pets, children, adults, the arts or even the preservation of a rare newt, it’s all worthwhile.